AppleCare+ offers priority service and cheaper repairs, and although it’s expensive, it could save you a lot of money when repairing a display. Apple hasn’t revealed the repair prices for the new 14 and 16-inch MacBook Pro devices, but it’ll likely be published very soon, and the display will likely cost more than for the last generation due to its size. If you purchase AppleCare+ with your new device, you’ll get three years of coverage, along with protection from two incidents of accidental damage every 12 months. If the device has a manufacturing issue, Apple will cover all repair costs and fees.

Apple still offers renewable annual plans for 16-inch machines for $150, or $100 for the 14-inch model, which will continue to be applied to the device until it is canceled. It’s a great way to add more protection, but it comes at a price, and it’s often recommended to pick these after the 3-year coverage has expired.

The new 14-inch MacBook Pro comes with a 120Hz ProMotion display, and is powered by Apple’s new M1 Pro or M1 Max silicon.

The new 16-inch MacBook Pro is powered by Apple’s new M1 Pro or M1 Max silicon and has a long battery life, and a beautiful new 120Hz display.

Did you pre-order either the 14 or 16-inch MacBook Pro laptops? Did you purchase AppleCare+ with your new device? Let us know in the comments below!

Advertisement
Related Topics:16InchAppleCareCostsLaptopsMacBookPro
Up Next

The MacBook notch is here to stay, apparently, like it or not

macOS Monterey out today, depending on system and region

The anticipated macOS Monterey update is now rolling out to supported Apple devices. The update may take some time to appear on your machine, but rest assured, it’ll show up sooner or later – it may take a few hours until you see it appear in your updates.

How to check if you have macOS Monterey available for your device?

To see whether you already have the update available for download for your device, you can do the following:

When will macOS Monterey start rolling out?

macOS Monterey will support the majority of devices that were able to run macOS Big Sur last year. Unfortunately, this also meant that Apple dropped support for a few devices, such as the MacBook Air and iMac devices that were released back in 2013, 2014, and also the 2015 MacBook.

We have collected a list of devices that are compatible and support macOS Monterey:

macOS Monterey comes with a lot of additional features, and there aren’t many redesigned or any visually noticeable changes. We have made a list of most of the features that are coming in the new OS update, and you can find out more about them on our dedicated macOS Monterey page.

As a summary, here are all of the features that will be available in the new software:

Apple showed off the Universal Control feature at its WWDC 2021 event. The new feature allows users to seamlessly use Mac and iPad devices as one device, allowing users to use the Mac’s keyboard and mouse to interact, share and use the iPad without any other accessories. Unfortunately, Universal Control will not be available at this time, but Apple confirmed that it’ll be “coming later this fall,” and we may see it enabled on a future version of macOS Monterey.

The brand new 14 and 16-inch MacBook Pro devices will start shipping out to customers from tomorrow, October 26. Images sent by an Apple Authorized Reseller were captured and shared online, offering us a closer look at the new hardware and design of the 14-inch MacBook Pro.

The images were sent to MacRumors and shared online on their site. The images show off the new design with the new edges, “brand new ports”, and of course, the notched display. The design changes aren’t as big as we thought they would be, but it’s still significant enough that we can notice the changes very easily.

A reader of MacRumors named George sent in a few images of the MacBook that they had in hand and took a few images of the overall design to give us a closer look at the device. We can clearly see the device’s new shape, curved, new ports, ports, the feet on the bottom, and the notched display. What’s important to note is that Apple has increased the height of the menu bar in order to accommodate the ‘new’ notch and make space for it.

Looking at the device from the front, the most noticeable change can be seen on display with the notch, where the new 1080p camera is housed. Sadly, there’s no FaceID technology here to be found, hopefully, next year. The second most obvious change is the lack of the TouchBar and the new keyboard setup. TouchID can still be found on the top right corner, and the layout has largely remained the same.

The sender also left a few notes to MacRumors, including:

“George told us that the laptop is heavier than expected, that “the notch isn’t intrusive,” and as we’ve reported previously, that the notch can serve as a hiding place for the macOS pointer.”

While writing this article, TheVerge also posted a video, showing off the unboxing experience and overall design of three models of the new MacBook Pro devices.

You can watch the video above. What are your thoughts about the new MacBook Pro devices? Did you pre-order or consider getting one in the near future? Let us know in the comments below!

The new 14-inch MacBook Pro comes with a 120Hz ProMotion display, and is powered by Apple’s new M1 Pro or M1 Max silicon.

The new 16-inch MacBook Pro is powered by Apple’s new M1 Pro or M1 Max silicon and has a long battery life, and a beautiful new 120Hz display.

Apple introduced its 14-inch and 16-inch 2021 MacBook Pro just a few days ago. Even though the new MacBook Pro models come with the controversial design choice with the notch in the display, the new laptops from Apple are equipped with highly efficient M1 Pro and M1 Max chipsets. Now, Apple has announced that the new MacBook Pro will be equipped with a “High Power Mode” in macOS Settings that will put the M1 Pro and M1 Max chipsets to their highest potential. 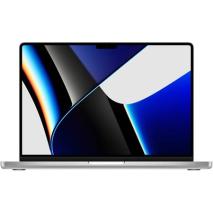 Code strings discovered by Steve Moser of MacRumors suggested that the High Power Mode “will optimize performance to better support resource-intensive tasks. This may result in louder fan noise.” The report says that this may not be required during daily work usage, however, it may help the user when rendering larger files or performing graphically intensive tasks.

An engineer by degree, news reporter by profession, and an avid sports lover. You’ll find me scrolling Football Twitter when I’m not writing about cutting-edge technology. Have a tip? Noted a mistake? You can reach out using the email given below.