Disney+ Hotstar has announced its next original from India in Hundred, an action comedy series — with an April 25 release date — that stars Lara Dutta (Andaaz) and Rinku Rajguru (Sairat) in the lead. Set against the backdrop of Mumbai’s chawls and gangs, Hundred chronicles the many misadventures of two contrasting women, an ambitious female cop (Dutta) and a terminally-ill girl (Rajguru) who becomes an undercover agent. The two team up to accomplish their own goals in the next hundred days, which leads to chaos. Hundred has been directed by Ruchi Narain (Guilty), Ashutosh Shah, an assistant director to Narain previously, and actor Taher Shabbir, who starred in Guilty.

“Hotstar Specials presents Hundred is a fun and entertaining story of a dysfunctional jodi and the chaos that ensues in their lives,” Dutta said in a prepared statement. “The makers have carefully scripted the show to bring alive action and humour in a very entertaining way. One of the many reasons I chose to do the show is because I have never played a cop on screen and my character is trying hard to survive in a man’s world. She has very interesting dynamics with the people in her life and the more complex a situation, the more she thrives. She is nothing like me in real life.”

Rajguru said: “It’s been a roller-coaster ride making my digital debut with Hotstar Specials presents Hundred, a show that has equal measures of comedy and crime. I portray the character of Netra Patil, a bindaas Marathi mulgi who is trying to live her life to the fullest. What drew me towards the show is the way this character has been molded. People will see a different side of her in each episode.”

Narain said: “Hotstar Specials has created some ground-breaking content and we are super thrilled to team up with them for a show of this calibre. Hundred has all the elements of a family entertainer: action, drama, comedy, thrill and more. It’s a story where desperation leads two unlikely women — one bindass and the other badass — to team up as they chase their own personal goals.”

Here’s the official synopsis for Hundred, via Disney+ Hotstar:

“What if your bucket list is to risk your life as many times as possible? Netra Patil realised it quite early after she learnt that she had only 100 days to live. The life around — a thankless family, a good for nothing boyfriend, and an underwhelming job — was as good as being dead, so she starts doing things which a simple Maharashtrian girl can never ever dream of. On the other hand, ACP Saumya Shukla was always undermined by her boss and never given real cases and she knew she had only a few days more after which she would be shifted to a desk job from where there will be no coming back. In Netra she found the perfect pawn to play and further her career, little did she know how unpredictable Netra can be.”

All eight episodes of Hundred are out April 25 on Disney+ Hotstar. 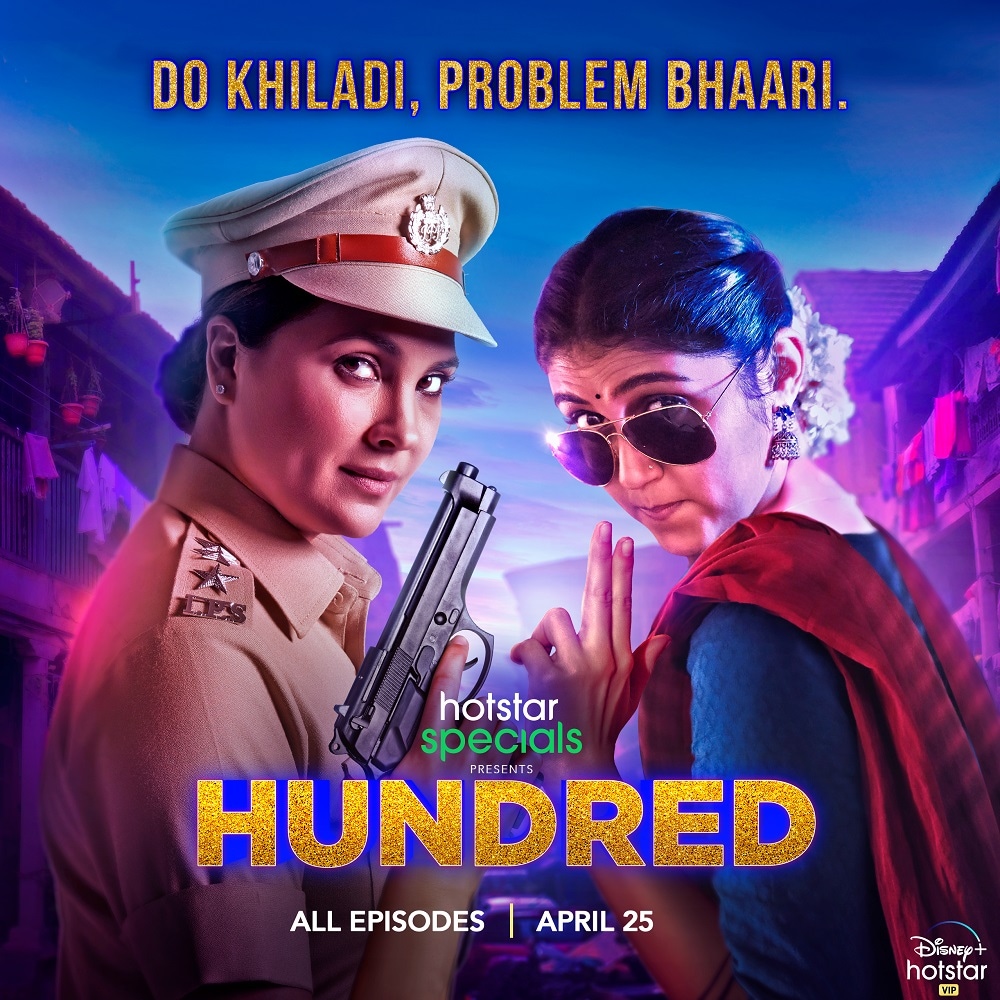 Can Netflix force Bollywood to reinvent itself? We discussed this on Orbital, our weekly technology podcast, which you can subscribe to via Apple Podcasts or RSS. You can also download the episode or just hit the play button below.

Samsung is aiming to develop a 600MP camera sensor

Emmy Winners 2021: The Crown Sweeps the Night, Tied With The Queen’s Gambit Overall

Box Office: Frozen 2 Is a Billion-Dollar Movie, Jumanji: The Next Level Racks Up $213 Million